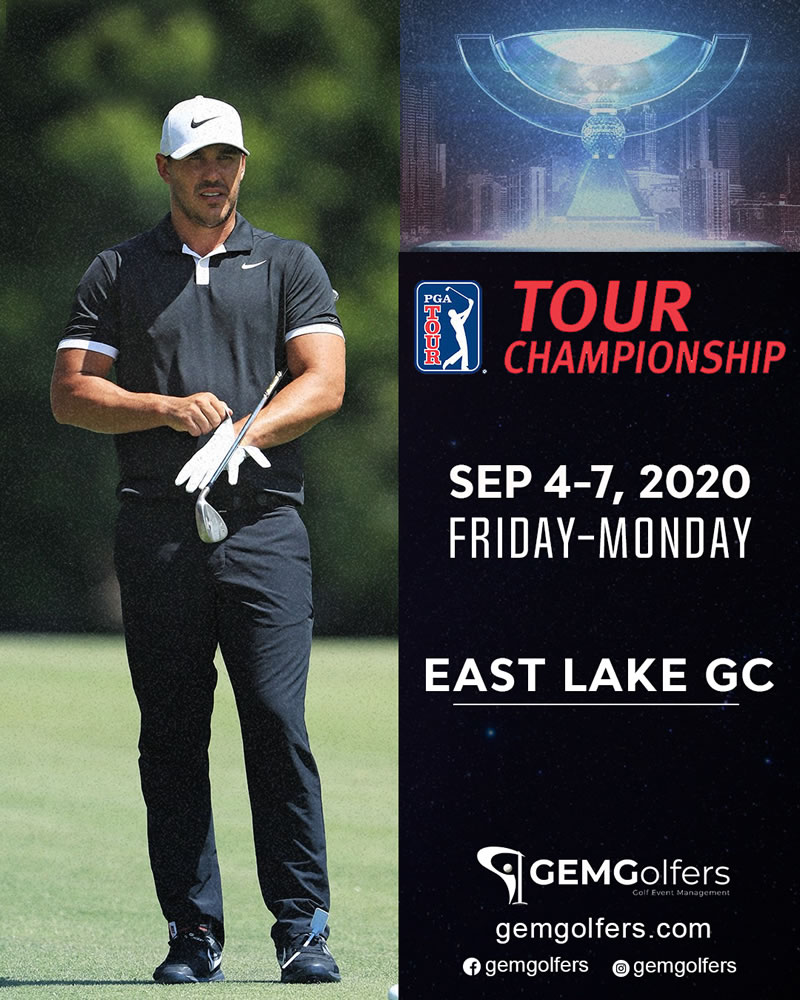 The Tour Championship (stylized as the TOUR Championship) is a golf tournament that is part of the PGA Tour. It has historically been one of the final events of the PGA Tour season. Starting in 2007, it was the finale event of the four-tournament FedEx Cup Playoffs, with eligibility determined by FedEx Cup points accumulated throughout the season.

From 2019 onward, the FedEx Cup was reduced to three events. After an 11-month season with an unexpected hiatus in the middle, the PGA Tour’s tumultuous 2020 season has reached the finish line. Only 30 players remain for the season-ending Tour Championship.

These are the three event names: The Northern Trust, BMW Championship and finale The Tour Championship.

Humongous Win by Dustin Johnson at the Northern Trust by 11 shots also lift up his second title within three months made six birdies and an eagle on his way as usual with his remarkable style.

So, the final flight of FedEx Cup just landed on East Lake Golf Club Atlanta, Georgia – where the winner of the 2019-20 FedEx Cup will be decided with this week. The event will be starting from Sep 4–7, 2020 and the amount of money at stake $45 million split between 30 golfers and the winner of the tournament will get $15 million.

All 30 players automatically qualify for all four major championships in 2021 and this year, as a result of the COVID-19 pandemic, will also, be extended invitations to the 2021 Tournament of Champions whether they won a tournament or not.

Below, we look at the odds to win the 2020 Tour Championship and FedEx Cup.

Here are the winners of Tour Championship

Dustin Johnson Cashes in and Finally wins the FedEx Cup