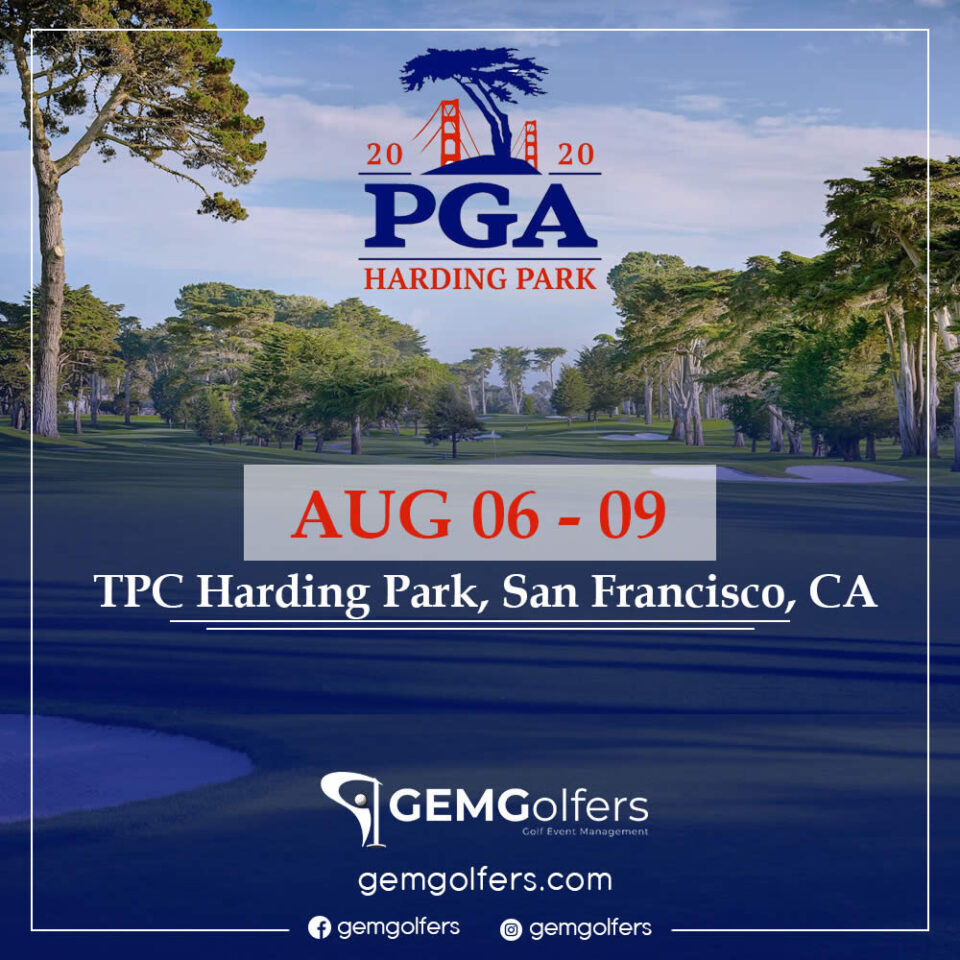 The first major championship of the adjusted 2020 calendar is finally here as the golf world turns its concentration toward the San Francisco area and TPC Harding Park for the 102nd PGA Championship. In a year where the Open Championship has chosen to take off and the Masters won’t cycle back around until November, the expectation for this return-to-August edition of the PGA Championship is at a fever pitch.

It will be held on August 6–9. PGA Championship 2020 prize made the event most expensive in golf tournament with $11 million purses. The champ got $1.98 million purse money and runner-up within the leader’s board earn ($1.18 million).

Brooks Koepka enters the tournament as twice defending champion. If he wins, he will become only the second player to win three back to back titles after Walter Hagen. Walter Hagen won four in a row from 1924 to 1927.

TPC Harding Park is a par 70 course set at 7,234 yards long. Located under 10 miles south of the iconic Golden Gate Bridge, Harding Park will depend intensely on the wind as its path of defense. Longer hitters will always have a plus but early indications from the grounds suggest the rough are going to be very punitive, which can place an outsized emphasis on finding fairways.

While TPC Harding Park never hosted a major championship before, the venue played home to the 2005 WGC-Championship won by Woods, the 2015 WGC-Match Play when McIlroy claimed victory, and therefore the 2009 Presidents Cup, where Tiger produced one among his most famous club twirls ever.

Backspin: When he tied for eighteenth at the Memorial, it ended a peculiar streak of either finishing within the top 10 or missing the cut. Thomas has won in each of his six years on the PGA Tour, including Kapalua this year, and his victory WGC – FedEx St. Jude Invitational a week ago raised to No. 1 again. Inconsistency with the putter has been his biggest hurdle this year.

PGA Championship memory: The 4-iron into the sixteenth at Bellerive for birdie that effectively bound up an exciting back nine that prompted victory.

Backspin: nobody has ever won the PGA Championship three straight times in stoke play. He comes into this major with a left knee that also hurts and just two top 10s since last season finished. But he missed three months recovering from injury and three months due to the pandemic. But he tends to boost his game for the majors, and he indicated strong structure a week ago at the FedEx St. Jude Invitational, where he was runner-up.

PGA Championship memory: His 6-foot par putt on the 72nd hole in 2000 at Valhalla to urge into a playoff with Bob May, whom he beat for his third straight-consecutive major.

Backspin: The PGA Championship are going to be his fourth tournament of the year and not even Woods recognizes what to expect. He skipped three events before the pandemic-induced shutdown when his back did not feel right. It irritated him for one round at the Memorial. Woods succeeded at Harding Park during a playoff over John Daly in 2005.

Backspin: He has the experience of having succeeded at Harding Park five years back in the Cadillac Match Play. But he has gone 19 majors since his fourth major title at the 2014 PGA Championship and aside from the 2018 British Open, he hasn’t been in serious contention on the back nine. He’ll be under greater scrutiny at the Masters going for the Grand Slam. But this major drought is turning into an issue.

PGA Championship memory: Posting all four rounds within the 60s in 2018 at Bellerive to tie for fourth.

Backspin: Of the six players who reached No. 1 within the world without having won a major Grand Slam, Ian Woosnam took care of that the quickest by winning the Masters following week. Rahm has won in each of his four full seasons since turning pro, however he has seriously flirted with major contention only at Bellerive two years ago. At 25, he’s too young to be the simplest without a major. But desires start now.

PGA Championship memory: Grounding his club in the sand that he didn’t understand was a bunker at Whistling Straits for a two-shot penalty that cost him a spot within the 2010 playoff.

Backspin: the best to never win a major is one list. Johnson is clearly on the head of the other list: the best to win just one. He turned 36 in June and is keen to feature his 2016 U.S. Open title. Coming off a victory within the Travelers Championship, he shot 80-80 at Memorial and pulled back after a 78 at the 3M Open.

Featured groups for the PGA Championship

Below you can check out the forecast for this week at TPC Harding Park and the 2020 PGA Championship, via Weather.com:

Third Round — Saturday
High 67 | Low 54
Some clouds in the morning will give way to mainly sunny skies for the afternoon. Winds SW at 10 to 20 mph.